Innovations and inventions were considered for a long time as a mysterious phenomenon. In the 90’s, Armand Hatchuel, Benoît Weil and their research team discovered that these activities could be explained and modeled; they named them “innovative design”.

C-K theory describes and explains the reasoning of a designer as he thinks of and designs a new object – a new product, service, or process. In addition to its explanatory power, this theoretical framework provides powerful generative mechanisms to overcome cognitive obstacles, thus improving our ability to innovate.

Here, you will find an overview of this theory.

C-K theory relies on the interaction between two spaces : the Concept and the Knowledge spaces.

The map of all possibilities

This is the space where you can imagine and explore new concepts, which can sometimes seem impossible, crazy or insane.

Contrary to what one might think, this space is very structured: ideas are broken down and represented in the form of a concept tree.

This is the space where you put all the knowledge you use or need to imagine or design new concepts.

Since a new idea never comes from nowhere: it is a combination of things you know, you have seen, read or heard.

In the C-space, this formalism makes it possible to represent various ideas in a form of tree where all the ideas are connected to the initial concept forming a tree-alike structure. This structure helps to identify fixations effects that limit our ability to generate truly novel ideas.

The K-space is an enabler to better manage the knowledge available at the beginning of exploration and reveal knowledge elements that might be hidden. This space is expandable as new truths may appear in it as an effect of the design process. Each time you add new knowledge to your “library”, you increase your ability to generate new ideas !

Innovate is to play in both spaces.

C-K Design Theory provides a comprehensive understanding of design mechanisms. Numerous tools and methods aimed at better structuring and optimizing the innovation processes, in particular those dedicated to breakthrough innovation were derived from this theory.

Companies, entire industries are facing major transformations that destabilize their traditional products or services. Even though innovation is not a new an entirely new phenomenon, there are increasingly frequent and increasingly profound transformations that shake existing business . The identity of the objects is constantly being questioned. We have entered the era of what Armand Hatchuel named “intensive innovation”.

In this context, traditional, more incremental innovation, cannot be sufficient for organizations. Theories, methods, organizational models aimed to rationalize and optimize any design activity and thus, were developed to ensure continuous amelioration of the existing objects. This rule based design activity is crucial to improve the existing products, services and existing processes but it fails to anticipate and prepare for potential disruptions.
To be able to cope with these emerging challenges, new theories, including the C-K theory, and new organizational models – including the RID model – have been developed to drive the renewal of the objects identity and the renewal of firms’ competencies. The set of tools and methods derived from the C-K Design Theory aim to structure and organize the activity of “innovative design” that contrarily to rule-based design is centered on the development of radically new products and services. 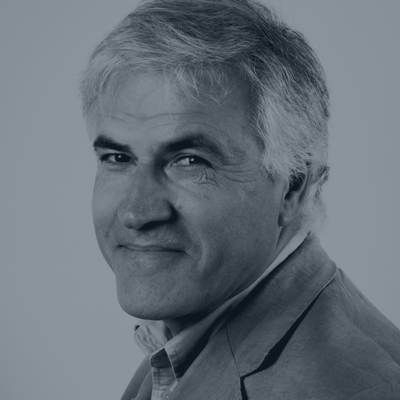 In 1996, thanks to a teaching opportunity on the design approaches, Armand Hatchuel outlined the main principles of existing design methods. He sketched the theory that was consolidated with his colleague, Benoit Weil between 1996 and 20à3. Very quickly, the team specialized in the design approaches were formed.

Pascal Le Masson, Akin Kazakçi, Yoram Reich (Université de Tel Aviv), Blanche Segrestin and other researchers joined the team and extended and deepened prior work, resulting in the theoretical and practical development of the C-K theory.

In 2008, The Design Theory, the major international association on activities of all aspects of design, asked Armand Hatchuel and Yoram Reich to create a special interest group entitled “Design theory”. This group became a reference on this field of studies. In January 2009, five companies – Dassault Systèmes, RATP, Renault, Thales and Vallourec – supported the creation of Chair of Design Theory and Methods for Innovation Design (DTMI). SNCF and STMicroelectronics joined the Chair later. Thanks to these partners, industrial applications were elaborated and tested accelerating the development of tools and methods issued from C-K design theory.

> See here for a more detailed story (in French)